ViewQwest’s WFH Private Network directly addresses the main issues that Work-From-Home employees face — network congestion as they connect to office networks via VPN and competing for bandwidth with their family members over the same residential broadband pipe.

VPNs typically tap on the home or public network to run. In addition, many businesses have planned for VPNs to be used mostly by remote staff or staff who occasionally need to work from home. In the current situation where Work-From-Home is mandated, the internet connection at home will be strained under the weight of shared home and work usage.

Homes that can install fibre broadband mostly have two fibre optic terminal points for the entire household. Typically, only one of the terminal points will be used for the residential broadband service. The ViewQwest Private Network will then be connected to the second, spare terminal point to build a private network which connects to the office network. 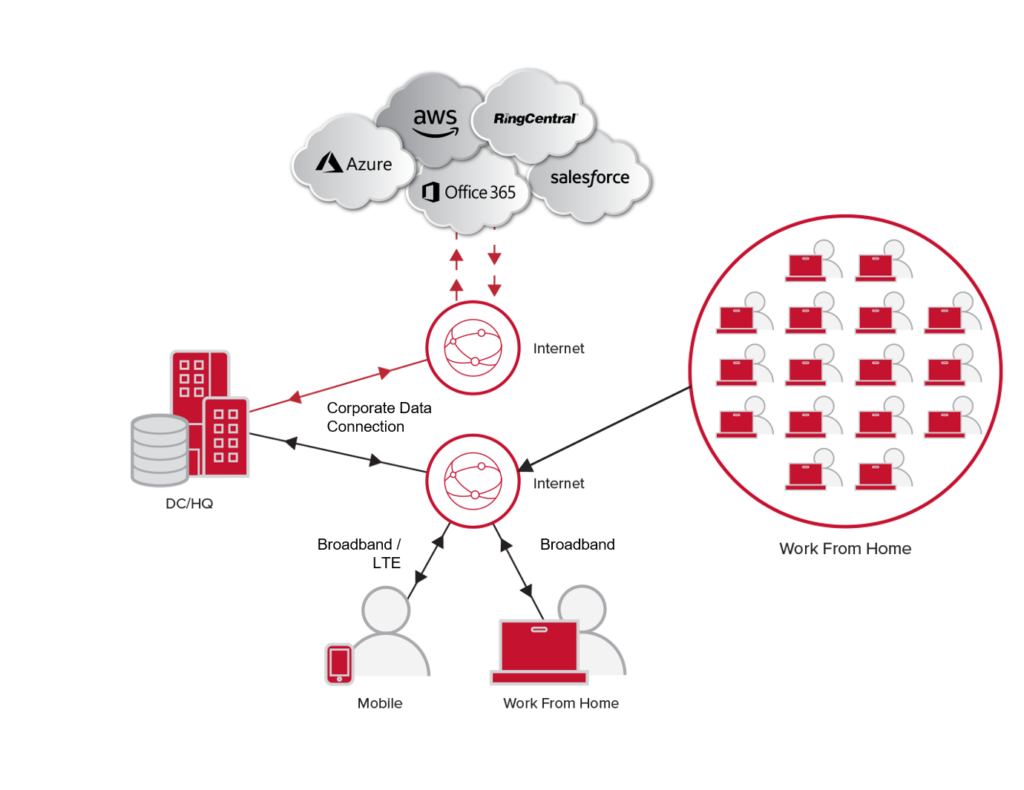 High-performance connectivity exclusively for WFH use

Available island-wide over Singapore's high-speed fibre network and accessible only through the physical connection from home, ensuring enforcement of WFH measures

ViewQwest’s WFH Private Network runs on ViewQwest Layer 2 network, not over the public internet and are separated from other circuits, providing businesses with secure and dedicated connections to handle real-time data sharing and transactions. Our WFH Private Network also offers direct access from point-to-point and point-to-multipoint locations that is stable, resilient and private.

WFH Private Network is a scale-up service, with minimal lead time required for bandwidth upgrades and cost-effective site additions. Moreover, it can either be always available or on demand depending on whether your business requires the network. With a range of bandwidth options available from 10Mbps to 1Gbps, businesses can enjoy the flexibility and scalability even after the crisis when business operations resumes to normal.

Delivered on our resilient and robust network, ViewQwest guarantees <3ms end to end latency within Singapore, while maintaining a stable, reliable and resilient connection that ensures minimal latency, jitter and packet loss.

With symmetrical upstream and downstream bandwidth of up to 1Gbps delivered to offices or data centres, ViewQwest has built a carrier-grade optical network with a 100Gbps core backbone, capable of delivering ultra-fast speeds with next to zero downtime, ensuring your business operational efficiency.

ViewQwest’s WFH Private Network service allows for multiple Ethernet services to be handed off at your business’ User Network Interface (UNI). It provides a single physical connection to the Customer Premise Equipment (CPE) with multiple virtual connections across our layer 2 Ethernet network.

Provide your employees with a Secured work environment now .
Contact us to find out more.

ViewQwest is a regional telco & ICT services provider with operations in Singapore (HQ), Malaysia & the Philippines. We specialize in providing Domestic and Global Connectivity, Managed Network and Managed Security solutions. We are a trusted partner of global Fortune 500 companies and top enterprises in SEA. Established in 2001, we serve a wide range of industries and have helped many businesses build & transform their network & security infrastructure, securely move to the cloud, and achieve their digital agenda.

Stay connected with our updates

Email: corporate.support@viewqwest.com
Phone:
(+65) 6491 1010
© ViewQwest Pte Ltd. All right reserved.
Our website uses cookies to help enhance your browsing experience. Continue to browse our site if you agree to our use of cookies as described in our Cookie Policy.
You can also manage your cookie settings. For information on how we protect your privacy, please read our Data Protection PolicyOk